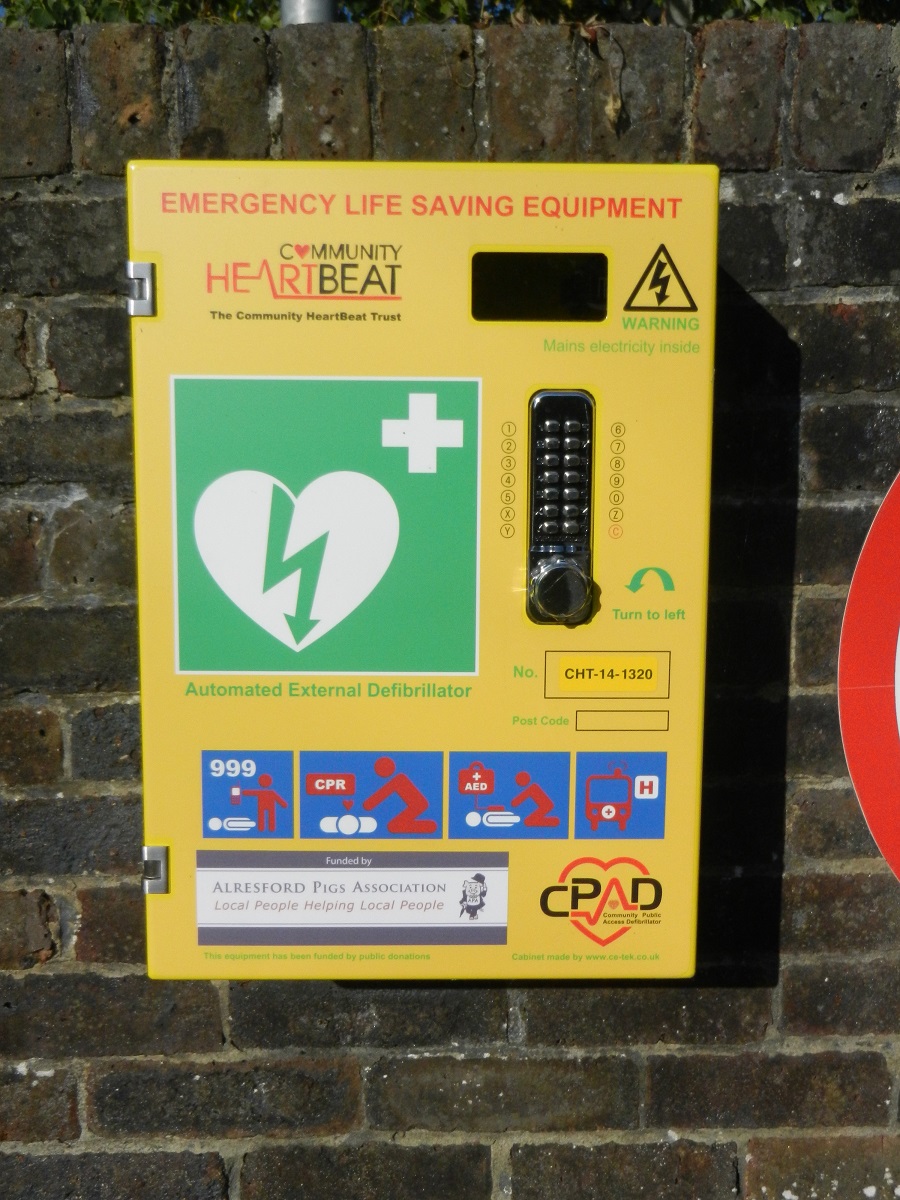 A few years ago, Chris Lillywhite, a long-standing member had an idea whereby the Pigs could make a significant and potentially life-saving contribution to the town by organising and funding the installation of community defibrillators. Defibrillators in their distinctive yellow boxes are a familiar site in many towns and cities and thankfully now, also in Alresford, and the local area.

Chris, in conjunction with Dr Peter Stokes of the Alresford Surgery, contacted the Community Heartbeat Trust, the UK’s leading community defibrillator charity to get the scheme in motion. The Pigs contributed £10,000 to the scheme, funding initially five units. As a result, others have joined the scheme to add even more, including one in Old Alresford and a new one planned for Bishops Sutton, which the Pigs are also contributing to. Other villages, like Northington, Preston Candover, Bramdean and Bighton have their own similar schemes.

Installation was spearheaded by then member of the Pigs Dave Liddiard of Barnes and Liddiard, saving the scheme considerable additional cost for which we were extremely grateful. The units require regular checking and maintenance that the Pigs also undertake, as well as replacement pads for the paddles, which the Pigs contributed to in 2017.

We hear so many stories of how a life could have been saved ‘if only’, and the addition of these units is both reassuring and an indication of the sense of community our town has. It’s also testament to the Pigs’ commitment to serve and in this case, potentially help preserve that community. Truly, local people helping local people.

Schemes like this of course cannot exist without your generosity. Costs for these units and new ones are on-going and we are ever grateful for your help in allowing us to continue with this and other projects.

You can donate to the Pigs and potentially save a life. We’ll do the rest.